Back to Blog Listing

What is BS 8629:2019? Evacuation Alert System (EAS) requirements in a post-Grenfell world

Following the tragedy of Grenfell, many things had to change in the construction and management of high rise residential buildings. BS 8629:2019 is the new standard that sets out requirements for Evacuation Alert Systems (EAS), to be used by the Fire and Rescue Service (FRS) in the event of emergencies in apartment blocks.

The new BS 8629:2019 standard covers ‘the design, installation, commissioning and maintenance of evacuation alert systems for use by the Fire and Rescue Service in buildings containing flats.’

What is an evacuation alert system (EAS)?

An evacuation alert system is an alarm system operated by a control panel inside an apartment block for use by the FRS when they attend an emergency. BS 8629 requires an alarm sounder to be situated in each flat in a block - with the control panel capable of triggering evacuation alerts for specific areas or floors within a building. It does not need to incorporate a two-way communication mechanism or a Voice Alarm System, but each flat must be fitted with an alarm sounder and a visual alarm device (VAD).

Is an EAS a fire alarm system?

No. It is separate from a fire alarm system. It is not triggered by heat or smoke sensors. Instead, it should only be operated by the FRS via a control panel also known as an EACIE (evacuation alert control and indicating equipment).

As the tragedy of Grenfell tower proved, managing evacuation in blocks of flats is a complex process.

The ‘stay put’ strategy recommended in previous standards considered that in the event of fire, tower block residents were safer staying in their apartments while the blaze was fought and contained. This would control the risk of extra confusion caused by a mass, uncontrolled evacuation.

It was thought firefighters were better deployed tackling the blaze than individually knocking on the doors of flats to organise a safe exit from the building.

‘Stay put’ is no longer the best advice in many blocks

Where flats are properly fire-rated this containment policy is sensible.  But in Grenfell ‘stay put’ advice has been cited as a contributory factor to the disaster.  Successive refurbishments had compromised the ability of individual flats to remain insulated from the spread of fire. Tragically, ‘staying put’ was precisely the wrong thing for many occupants to do.

What is the requirement for an EAS and EACIE?

In the wake of Grenfell, then, the new standard recommends the installation of an EAS so that alerts can be triggered to support whatever evacuation process is most suited to the emergency in hand.

Instead of wasting time going door to door to give instructions, attending firefighters can sound alarms in specific parts of the building to support an orderly and prioritised evacuation plan. The committee designing the standard specified the need for an EAIC that responded to the unique challenges of each incident:

“The design and layout of the control panel and indicating equipment should be intuitive, consistent and easy to use for the FRS. The layout of the EACIE is required to be displayed in a vertical arrangement, to resemble the floor layout. To encourage the use of a dynamic thought process in the evacuation strategy, a conscious decision was made by the committee not to provide one single button to evacuate the whole building.”Source: The Institute of Engineering and Technology

Is installing an EAS a legal requirement?

In Scotland the Domestic Technical Handbook (DTH) states that all

“blocks of flats with a storey located at a height of more than 18 metres above ground level must incorporate a system to allow the FRS to initiate an evacuation signal within each flat”.

This requirement is also stated in specific building regulations.

While it is not a legal requirement in the UK yet, the Grenfell Inquiry Phase 1 report recommends that such systems be installed in all new and existing blocks of flats.

Why adopt the standard?

Adoption of the standard is important to ensure that the FRS do not have to learn how each individual system works before they can handle an evacuation.   Universal standards of installation and operation also ensure quality is maintained and the risk of failure is understood and contained.  BS 8629:2019 therefore also specifies requirements for:

BS 8629:2019 requires that the system is designed to minimize multiple alarm zones failing simultaneously. Diverse and protected cable routes, and the quantity and size of the loops, are also design considerations intended to minimize risk.

The standard states that:

BS 8629:2019 requires the EACIE to be installed within a security-rated enclosure. The enclosure must be certified under Loss Prevention Standard (LPS) 1175. BS 8629 requires a minimum security rating of B5, which means that the enclosure can withstand a vandalism ‘attack’ for five minutes. The enclosure also should be accessible using a key with a restricted for use by the FRS only.

Who needs to understand the requirements of BS 8629?

Building managers particularly need to understand how to retrofit buildings and meet a standard that will most likely end up as a legal requirement across the UK.

Once an EAS is in place, understanding maintenance and testing requirements will be paramount to keep the system in good order and ready for use in the event of the worst happening.

Consulting with a fire safety specialist will ensure the design, installation and ongoing maintenance of a system exactly meets the specifications of BS 8629: 2019.

What should an initial consultation entail?

Grappling with the implications of changes in building standards can be challenging at the best of times. When it concerns rarely used, but life-saving emergency systems, it’s absolutely vital you get all the support you need. 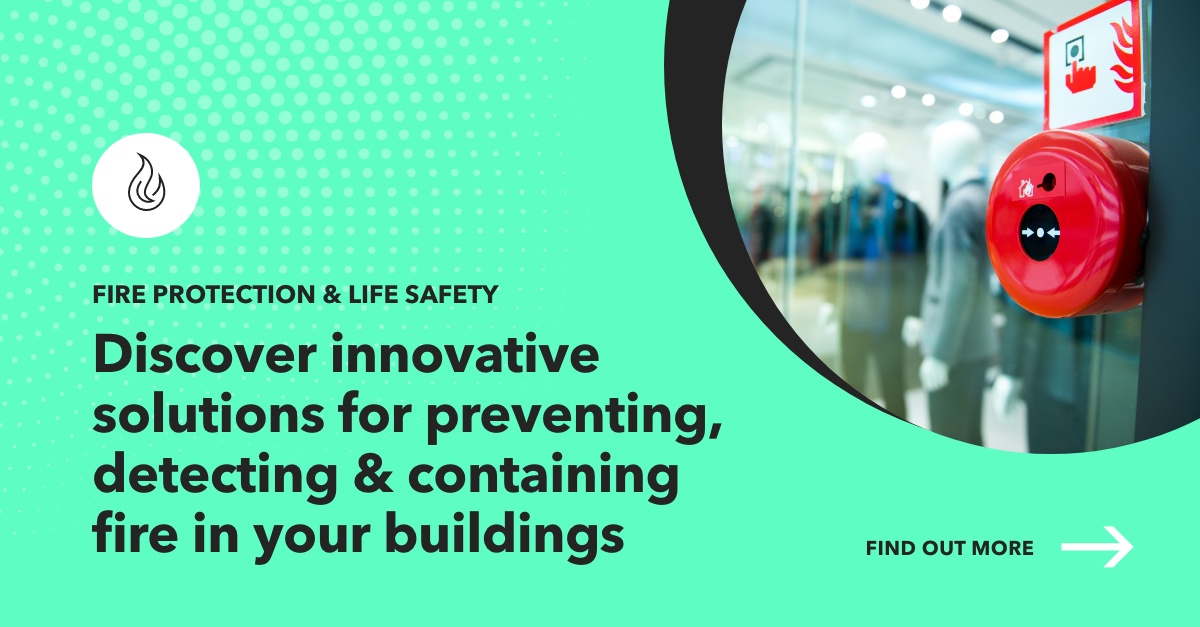 Kevin is a fire protection and fire suppression specialist and Director of Ace Fire & Security.